Over the Christmas Holidays I made a quick turnaround trip to Hong Kong to experience China Airlines’ A350. It was my first and so far only A350-900XWB experience.

Unfortunately with the way ticketing worked out, I could only get the A350 on the way back from Hong Kong, however I did fly the wonderful China Airlines 777-300ER in a family couch seat on the way over.

A 1 hour 10 minutes flight from Hong Kong to Taipei is very short, but I nonetheless enjoyed my flight on the A350. It is a very stable and smooth aircraft, and had quite a powerful takeoff and wonderful landing. The main things that make it standout even in comparison to the 787 Dreamliner, is how quiet and spacious it is. It is far more spacious than the 787 in my opinion and felt quieter. Both 787 and A350 definitely have a more comfortable “air” in the cabin. China Airlines’ A350 cabin is quite similar to that of their 777-300ER, all part of their “Next Generation” rebranding, albeit with a few distinct new touches, including a patterned carpeting. Unfortunately, with the flight being so short and with Asian carriers serving full meals on these routes, the flight attendants werent as friendly or welcoming of a AVGeek trying to snap and tour the plane, it was a different case on the inaugural flight which was also to Hong Kong. But I still enjoyed the flight and the plane and look forward to flying it on a longer haul route one day soon.

Currently the China Airlines A350 flies nonstop from Taipei to Hong Kong, Osaka, Amsterdam, Rome, and Vienna (I’m not sure if they are sometimes put on Vietnam routes too). 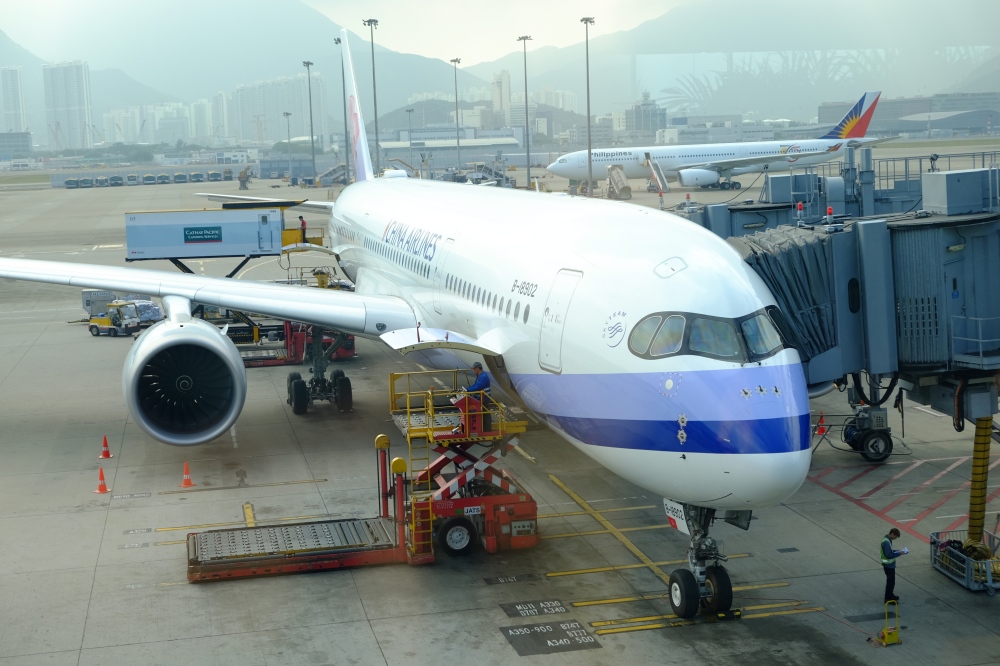