After spending the first half of my Christmas weekend in Prague, I flew up to Tallinn, Estonia to spend actual Christmas eve there. Estonia is the last of the three Baltic states that I had yet to visit, I started 2018 with a trip to Latvia and Lithuania and it seemed fitting to end it with a trip to Estonia! The EU Public recently voted Tallinn as Christmas City 2019 and the #1 Christmas Market for 2019 as well, which was another reason I wanted to visit and spend Christmas 2018 in Tallinn, and it lived up to this ranking, although for me personally #1 Christmas Market to date is still Nuremberg, but Tallinn is #2. It was indeed a magical fairytale white Christmas. 2018 is also the year that all three states were celebrating the centennial of their independence.

Of the three Baltic capital cities I visited, Tallinn is my favorite. Small, quaint, full of history and beautiful. Riga, Latvia comes very close as well. And Christmas here is magical.

Tallinn’s consists of largely original and untouched Medieval Gothic and Renaissance/ Baroque architecture as well as influences from the Russian Empire, classicism and Soviet styles. This creates a beautiful city with many faces that tells its own history. Tallinn Old Town is tiny but beautiful and feels very much out of a fairytale with tall Church bell-towers and Merchant homes lining the streets.

There are direct flights to a few major European gateways like Amsterdam and Frankfurt, but more often than not you will probably have to connect within Europe or via Riga to get to Tallinn. The main airline is Air Baltic, national airline is Nordica and most European carriers fly here seasonally, with few flying year round. All sites are within walking distance of each other from museums, to Old Town to a few places just outside of Old Town. If not you can take the bus or ubers are widely available and cheap. To and from the airport, you can take the bus, taxi (metered but at a inflated rate exiting the airport), or uber. I took a taxi both ways (no ubers early in the morning at 5AM), from the airport to my hotel it was 17 Euro, from my hotel to the airport it was just under 10 Euro, and both ways there was no traffic. The rest of my time I just walked around.

There are many hotels, AirBnB, and hostels in Tallinn. Most are quite affordable. I chose to stay two nights at Centennial Hotel Tallinn just a short 15 minute walk outside of Old Town. Breakfast was included with the rate as well as a complimentary bottle of wine.

Unfortunately most if not all museums and sites were either closed for the winter or for Christmas holidays. In the summer you can climb up the various Church towers for views of Tallinn but these are closed in the cold windy winters. The daytime here during the winer is also short, with sunrise at 9AM and sunset at around 3:30PM.

NOTE: While museums and government run places are closed, most shops, cafes, restaurants remain open on 12/24 and 12/25, though some may have limited holiday hours. Further, the official hours of the Christmas Market on 12/24 is 12PM-3PM, but I learned that most stalls remain open through the night until around 8PM, but which point many vendors head home to spend Christmas eve with family. 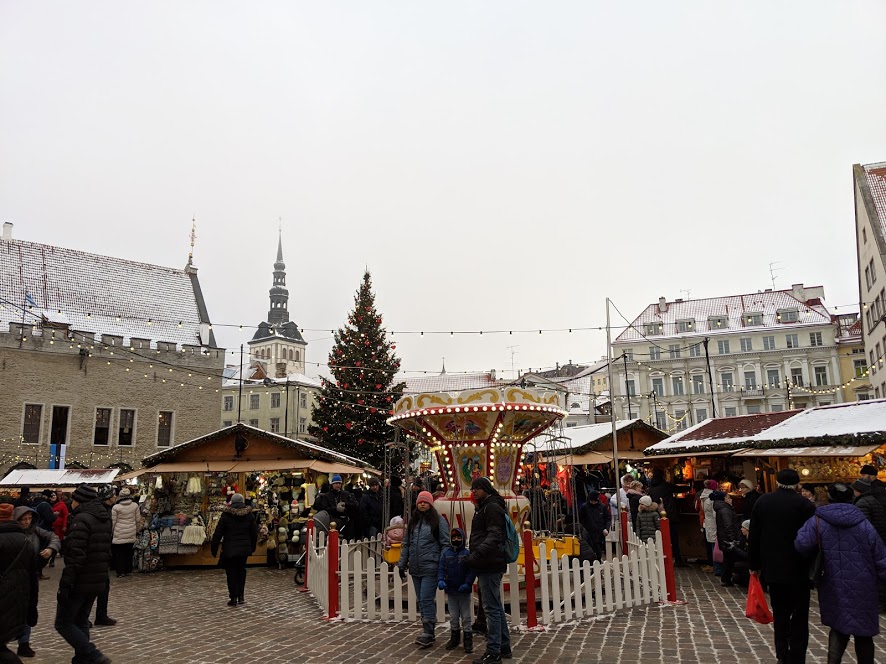 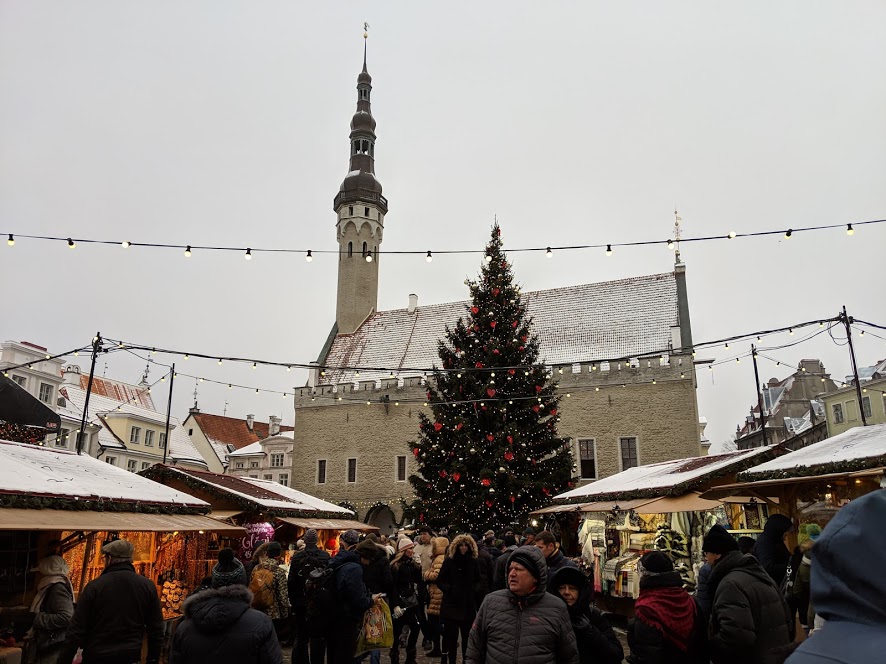 Tallinn exceeded my expectations. The city itself is beautiful, quaint, easy to do and navigate, it seems everyone speaks English and welcomes you with a smile. I was expecting it to be my least favorite of the three Baltic states but it turned out to be my favorite. I can easily see why this was voted Christmas City 2019, especially if in 2019 it is snowy on Christmas again, then Tallinn will most definitely be the place to be for Christmas. The Christmas market is authentic, though not historic, warm, and a good size. It is also a cheap European city.

I shall have to return in the summer when more sites are open and daylight is almost 24 hours.