Introduction and Food for Thought

The Lonely Planet guide to Baku put it the best, “Azerbaijan’s capital Baku (or Bakı in Azeri) is the architectural love child of Paris and Dubai…albeit with plenty of Soviet genes floating half-hidden in the background.” The secular Sunni Islamic country has seen Medieval times with the Shirvanshah dynasty (an independent Azerbaijan empire) and some of the Persian and Ottoman Empires, it saw an oil boom in the 18-19th centuries, it became an independent republic for 2 short years (1918-1920), then fell under Soviet rule until 1990 before gaining independence under an authoritarian regime and entered its 2nd oil boom. You will encounter architecture and cultural elements from all these eras. And because of the oil money, Azerbaijan was not as cheap as I had imagined but certainly still an affordable country to visit.

Would I recommend it? Yes. Great food, super clean and easy to get around, very friendly and welcoming people, and a fascinating history. It is probably the closest and easiest way most people in the world will get to experiencing real Persian culture and traditions as Iran is a wee bit difficult to get to for us American citizens.

Azerbaijan borders the Caspian Sea and shares borders with Armenia (contentiously), Georgia, Russia and Iran; it is also part of the nations that are bound by the Caucasus Mountains. It is also the largest capital city that is below sea level. Gradually the Azerbaijani government is making it easier to travel to Azerbaijan after receiving backlash when Baku hosted Eurovision for the high price, difficulty of travel and challenging visa process. Most countries can now obtain an e-visa, if you are a U.S. Citizen flying on Azerbaijan Airlines on their nonstop JFK-Baku flight you are eligible for visa-on-arrival. Few foreign flag airlines fly into Baku, the most convenient ones to connect to from anywhere in the world is Turkish Airlines and Lufthansa.

When I told people I planned to venture far out to Baku, Azerbaijan for my labor day vacation most people immediately had confused looks and asked where is that/ said “I dont even know where that is.” This is quite accurate, most people, whether it be in the West or even in mainstream East (ie: China/ Taiwan/ Japan….etc.) have not really heard of Azerbaijan let alone its capital city, Baku. In fact, I find most people in the world forget Central Asia/ Euroasia even exists. Most people know there are countries than end in -stan and the Middle East area. But literally people seem to draw a blank on the geographic area between Turkey/ Russia and Iran/ Afghanistan/India/Pakistan.

As such, the appeal of going to Baku only increased for me. The mystery, the intrigue, and lack of mainstream tourists. But then in my research and in talking to more people I learned a bit more of the region and the multiple authoritarian regimes governing most of the Central Asian nations. I thus arrived in Baku thinking 24 hours would be enough and that once I saw it and experienced it for one day, that would be enough, I would have on desire to return to Azerbaijan. I was mistaken. I enjoyed my time in Baku, in part because I lucked out with my Viator tour booking and got an excellent guide and it ended up being just me on his tour so we had very good candid conversations. In another part it was because in many aspects Baku is very similar to Istanbul (probably my favorite city in the world), even though Azerbaijan is culturally more similar to Iran, both are Sunni Muslim.

Apologies in advance for the following stream of consciousness but I feel it is important to put in my posts some often recurring thoughts I have when traveling to lesser known nations that people tend to fear or worry about. NOTE: I am in no way defending the oppressive things and lack of freedom of speech that has occurred in this country but I am also just pointing out that sometimes we should not let what we read/see online or in the news and the politics of the world deter us from traveling and getting to know the real underlying people and cultures of these nations. In the end I continue to discover that the saying “same same but different” is seen in every country I visit, we are more alike than different, even if its hard to admit or see. Most of the Central Asian countries fall near the bottom of Human Right index listings, but after the trip I wondered, who exactly has the “right” to set human right standards, is that based on Western values and principals? Do we ever consider local culture, is there a way to maintain traditions and values whilst giving rights and freedoms to minorities, disabled, women, journalists, LGBTQ community…etc.? I have no answer, because as far as I can tell few if any countries have successfully done any of that, even the powerful ones that like to dictate to other nations what they should be doing, when their own country is falling apart. BUT, I will say that after visiting and talking candidly and openly with my exceptional guide, I came to learn that with many countries, under what is reported about it, the truth is usually quite different. My guide said is there a pressing need for improvement and change? Absolutely. But he added, are some nations held at double standards? Absolutely. People would avoid traveling to Azerbaijan after reading about some of the oppression, but then people have no problem flocking to nations like China, Russia, Brazil, the UAE….etc., and in part it is because of the overall image and understanding people have of these places. And let us be honest with ourselves, the United States, as great as it is, is far from perfect and far from being the safest (Baku is definitely safer). As to things like LGBTQ issues and rights, my guide said this will take time as Azerbaijan has only since the 90s opened up to the world following the collapse of the Soviet union, it will take time and education, and as younger people come into society it will get better, or so he hopes. In regards to women’s rights, he said culturally Azerbaijani people highly respect women in society and have no problem with women in power or control, as a secular Islamic state, the women I saw all dressed very freely and yes shoulder/ elbows/ knees were all exposed in the heat of the summer. He also said, it may be secular, but there are times when folks will use Islam to defend their choices when it is convenient to do so, otherwise most of the time society is not bound by Islam, in fact you do not hear call to prayer at all in Baku, and people drink and smoke and eat whatever they like. Quite different to the culturally similar neighbor of Iran.

So in the end, what gives?

Getting There and Around

Baku is not that easy to get to. Major airlines that fly here other than national carrier Azerbaijan Airlines (with a nonstop flight to New York JFK) are Etihad Airways, Qatar Airways, China Southern, Turkish Airlines, Lufthansa and Aeroflot. Not all are daily and certainly given the timezone the hours of arrival and departure are often in the middle of the night. I flew in with Turkish via Istanbul as they have daily high frequency flights relative to the other guys. Baku immigration and customs was super fast and easy as long as you have your e-visa printed and ready to go. The airport, Terminal 1 used by most carriers is modern, new and clean. You have a only a handful of options to get into town. Taxi, hired car, or take the bus to Baku Central Stations which then requires subway or taxi to most accommodations. If like me you arrive and depart in the window between 11pm and 6am, Id recommend just taking a cab or arranging for a transfer through hotel or tour company. My transfer arranged by tour company was USD$25 for the 20 minute no-traffic ride, which is about what the cabs would charge too. I got a luck free transfer to the airport with a promotion my hotel was running.

Baku is easy to get around. Old Town Baku and the Highland Park/ Flame Towers as well as the Boulevard along the bay is all walkable. Places like the Heydar Aliyev Cultural Center require a cab or subway ride. The metro is not extensive but it is very cheap around USD$0.50 per ride. Sites further out would require a long taxi or arrangement through tour company. Viator has a wide range of tours and companies available to book with and all at reasonable prices. All stations sell a transport card that is refillable that you need to ride metro or buses. Further, there is no uber but there is a local rideshare app, Bolt. NOTE: the busier main roads of Baku dont have crosswalks, instead there are underground passageways to be used to cross the streets/ major intersections, this was designed to prevent deaths.

Restaurants and main sites and areas have folks who can speak English, though it is not prevalent and you may find it challenging at say a subway stop (all signs have English though).

ATMs are available accept foreign debit cards. Most places take cards, HOWEVER, a lot of places have trouble reading foreign credit cards so it is advisable to have enough cash on you. I would say between meals (between 20-40 Manat), sightseeing (around 15 Manat per site) and maybe a hammam experience (around 45 manat for the full experience), you would want to have at least 100AZB Manat (USD$60) if not more on hand. Tipping is not required at restaurants, although a small 10% is a nice gesture, it is expected at the Hammams though.

There is a wide range of accommodations in Baku. A handful of international chains (Hilton, Marriott, Fairmont) and luxury hotels, the highest end one being the Four Seasons. And then hostels and bed and breakfasts as well as many smaller boutique hotels in and around old-town. I opted to stay at the Citrus Boutique hotel (USD$50-$100/night), located just off old town walls. It is a newly rennovated hotel inside a historic residential complex. It is modern, clean, comfortable with well-appointed amenities and great staff, note there is no breakfast included but who cares when you have access to incredible Azerbaijani breakfast all around! And avoid room #8 when booking as it is where I stayed and is adjacent to a nightclub so you walls will be a shaking and youll be listening to heavy base all night. Further the hotel requires a cash deposit of 100 manat or your passport for a security deposit. 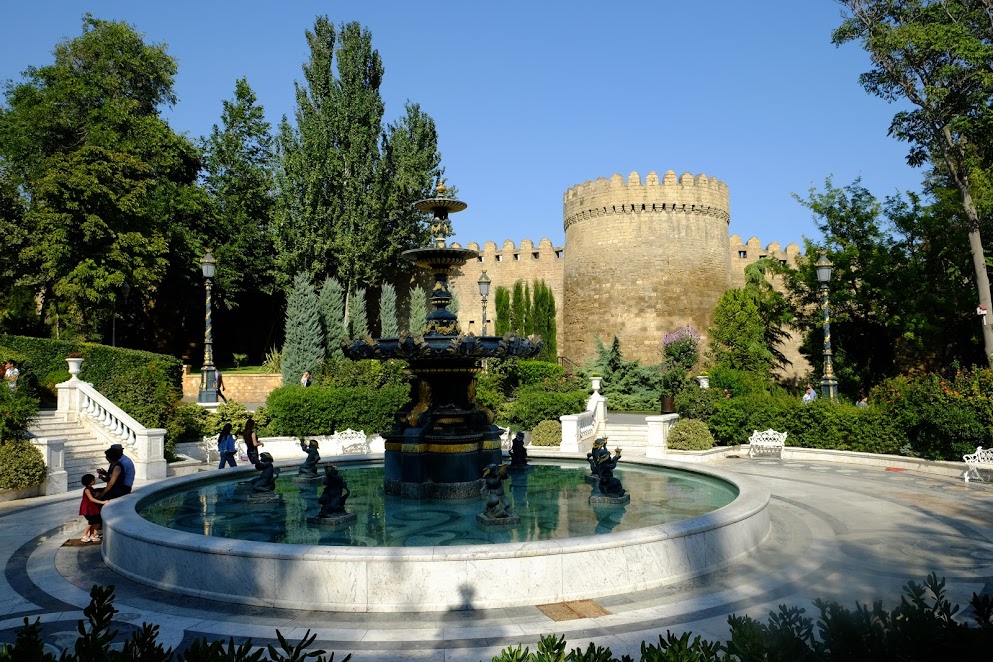 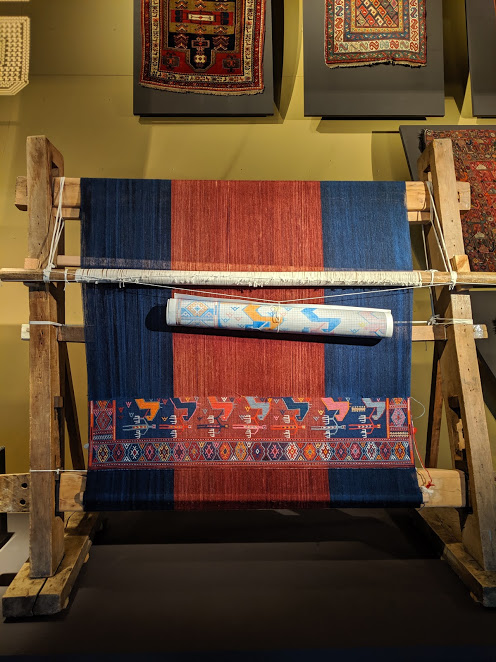 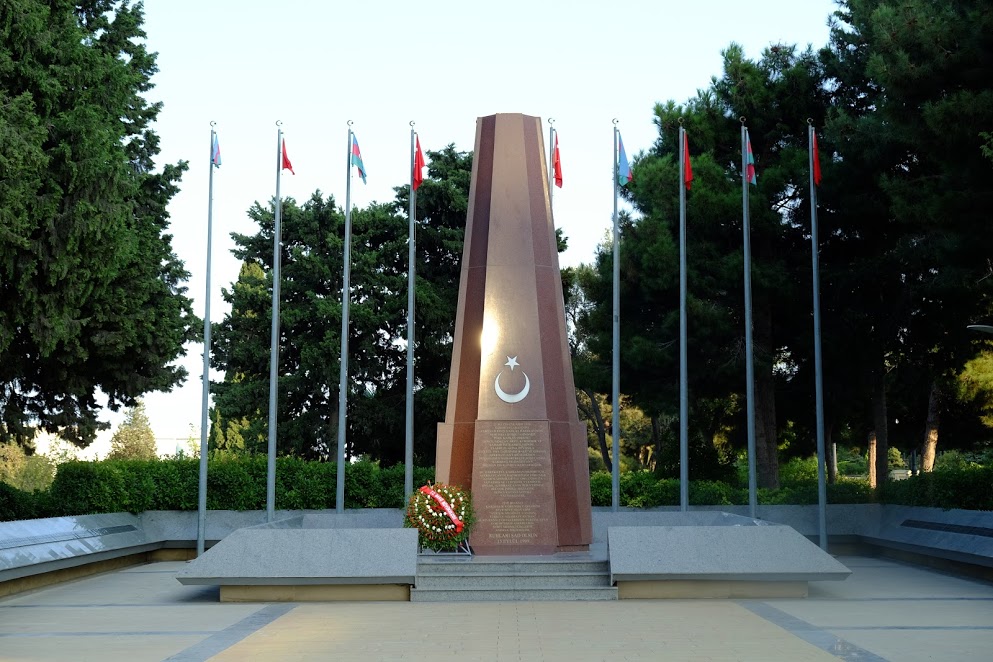 There are a few key sites outside of Baku proper, such as Gobustan, that many say is well worth the half day trip to visit. Next time!

I hope this will help shed some light into the relatively unknown country and city of Baku, Azerbaijan and help you should you choose to go explore it.