In early November my friend and I ventured out to Oslo, Norway for a short weekend getaway. Oslo is a beautiful city and the gateway to Norway’s fantastic natural wonders. However, winter travels in Oslo makes for limited museum hours and early sunsets, and it is evident Oslo is used by travelers as a start and end point for deeper beyond travel in Norway. The city itself is nice, very well laid out and one of the best infrastructures in terms of urban design and most importantly public transit system I have seen, no wonder Nordic people are happier.

Our trip was very short and we barely saw Oslo in the daylight as the daytime hours were spent scrambling to see the museums that close at 4 or 5pm in winter.

Many international flights get into Oslo. There are nonstop flights to the United States with SAS, Norwegian Air or you can easily transit in other cities for a short hop over. From there airport to the city center is a easy 30 minute express train that costs 190NOK or USD$21 for a one way, and its just simply double that for roundtrip. It runs about every 20-30 min, and starts very early and ends quite late allowing for first departures and last arrivals to use it. Getting around the city is also easy. Most things are walkable. Some museums and sites require a bus or metro, which you can get a 24 hour metro card at major stations for USD$11, worth it given a single ride is around USD$4.

There are plenty of accommodation options and in all price ranges. Generally in Nordic countries, accommodation and general expenses are high. We picked Hotell Bondeheimen, at $135 with tax, about average this time a year for Oslo. It was close to the main National Theater station which is a stop for the airport express. Rates included breakfast and wifi. Rooms were comfortable and in Nordic minimalist design. 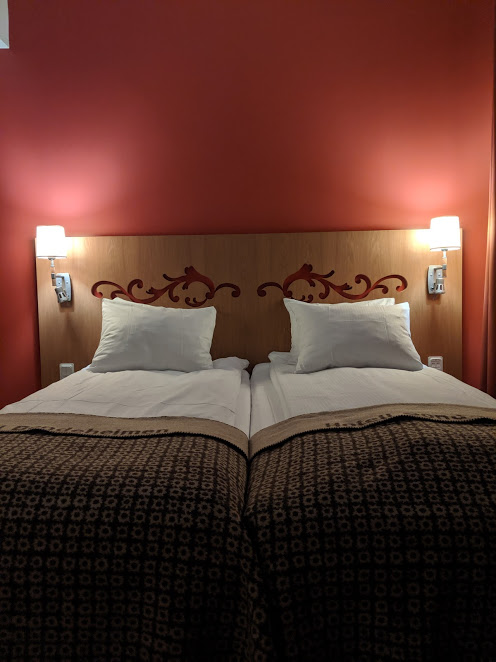 Oslo is home to some beautiful architecture and design as well as some very under the radar but informative and fascinating museum and history. It is also home to a bustling but also under the radar food and bar scene. The food scene is overshadowed by Copenhagen, but their scenes are similar and yet different. Both cities take on the approach of reinventing and showcasing each country’s local ingredients and heritage. The transit system and easily walkable city also makes it a nice place to visit. I would return in the summer for longer museum hours and daylight as well. But for sure my next return to Norway will be to visit some Fjords.