Last week I spent 4 days and 3 nights in the Penghu Islands off the eastern coast of Taiwan.

As I mentioned in my prior post on Kinmen Island, one of my goals this year back in Taiwan was to explore more of Taipei as well as Taiwan. Penghu happens to be the second of the outer islands that I have visited.

Penghu Islands is an archipelago off the coast of Taiwan consisting of many small islands. The main island itself is comprised of 4-5 islands linked by bridges, the longest and most famous one being the Great Penghu Ocean Bridge (澎湖跨海大橋) that links XiYu and BaiSha island. The bridge itself is a major attraction and was the first bridge of its kind to span such a large body of ocean in SouthEast/ East Asia. Penghu itself is not as historically significant or culturally rich as Kinmen, its mostly a resort and nature island. The main draws to Penghu are its natural rock formations, snorkeling and scuba diving, sailing, beaches/ beach activities, rock climbing, biking, and the annual International Ocean Fireworks Festival. The food in Penghu is also quite good, lots of fresh seafoods and the breakfast options here are insane with an entire street aptly named “Breakfast Street” lined with various shops serving all sorts of delicious breakfasts (more on food below).

The people and atmosphere here is very laid-back and friendly, just like Kinmen, they embody traditional Taiwanese values as well as the famed Taiwanese friendliness/ hospitality.

Definitely visit during the fireworks festival as it is so worth it. The festival usually occurs between mid-April until end of June, with fireworks displays happening every Monday and Thursday night at 9PM, though if you are lucky you may come across an added show that private companies often sponsor. Each fireworks display lasts at least 15 minutes and is quite honestly one of the best fireworks shows I have ever seen, surpassing any at Disney resorts, the Taipei 101 NYE fireworks, any beach fireworks Ive seen and much more. And what I find most interesting is that every time the crowd was basically 99% local Taiwanese, maybe a few groups of mainland tourists here and there too, but I probably saw less than 10 foreigners attending this incredible festival. The pre-show music, dance, and small stalls of food are very mediocre, but its wise to show up to the beachside venue early to grab a good spot. I would recommend you stand or sit near the temple by the main stage to get a full view of the fireworks, standing right by the water is too close to the fireworks. The fireworks themselves are designed by teams from various countries spanning multiple continents. 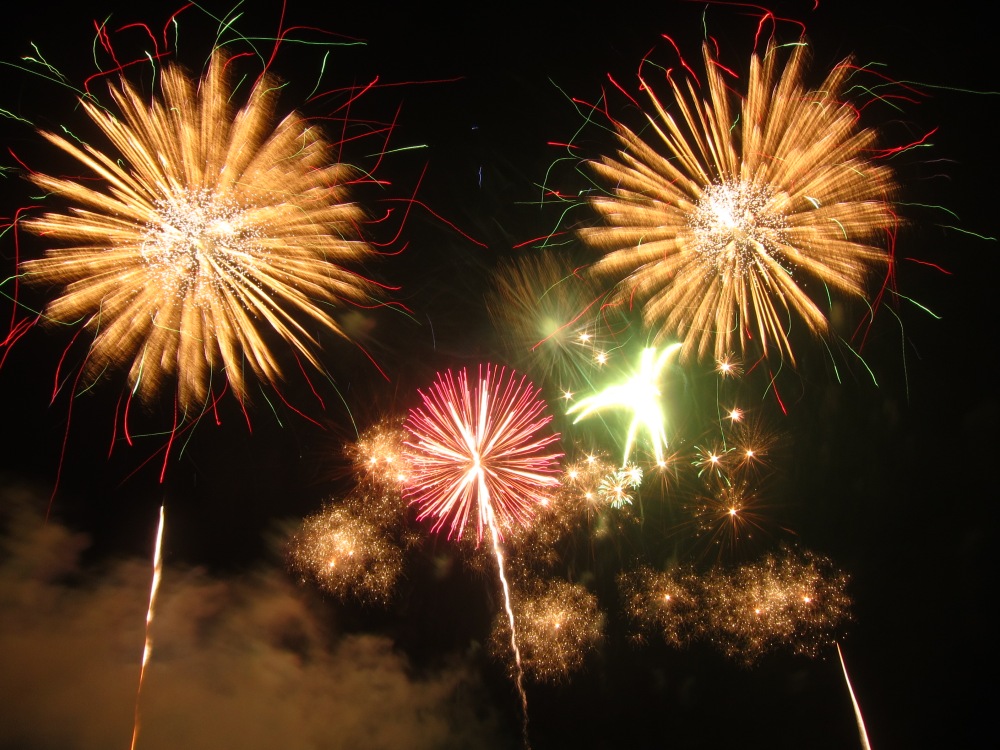 Penghu is kind of like Santorini meets the Galapagos meets Taiwan. There are many natural rock formations and water activities to do in Penghu. The various islands and small valley/cliffside towns are very cute and quaint. I recommend traveling through the islands via motorbike/moped, as its convenient to find parking, easy and safe to get around. You can also bike around. Each of the smaller islands have mopeds for rent as well. To get between the outer islands of Penghu you just need to go to the various ferry terminals and purchase tickets. Tickets can also come with activity packages from the tour operators. You can do full day water activities (banana boating, snorkeling, fly-boating…etc.) a mix of water activity with a guided island tour on moped, or just simply get a boat ticket and do the rest on your own. I recommend a bit of both as having things organized makes it so much easier and saves a lot of time. For snorkeling or diving, I really recommend doing a bit of research ahead of time to see if there is a private company that can do small-medium sized group trips, because most packaged tours offer snorkeling with 50 people where the a lifeguard pairs with 10 people and floats them out to sea on safety rings, not very fun, but the sea life and coral in QiMei Island were quite nice, JiBei was a complete let down. Another disappointment was that the operators drop chum in the water to attract the fish towards the tourists.

Our itinerary was as follows:

Day 1: early morning arrival in Magong, breakfast on breakfast street, drive along main Penghu Island and hit the main sites from Magong to XiYu (takes around half a day), dinner and walk around Magong city, head to Penghu Bay for fireworks.

Day 3: early start, sail to QiMei Island (where Penghu’s most famous, though not natural, rock formation is, the double-hearted stacked rocks) from the NanHai tourist center, package includes snorkeling and island tour on moped, return to Magong, dinner, head to Penghu Bay for added showing of fireworks. 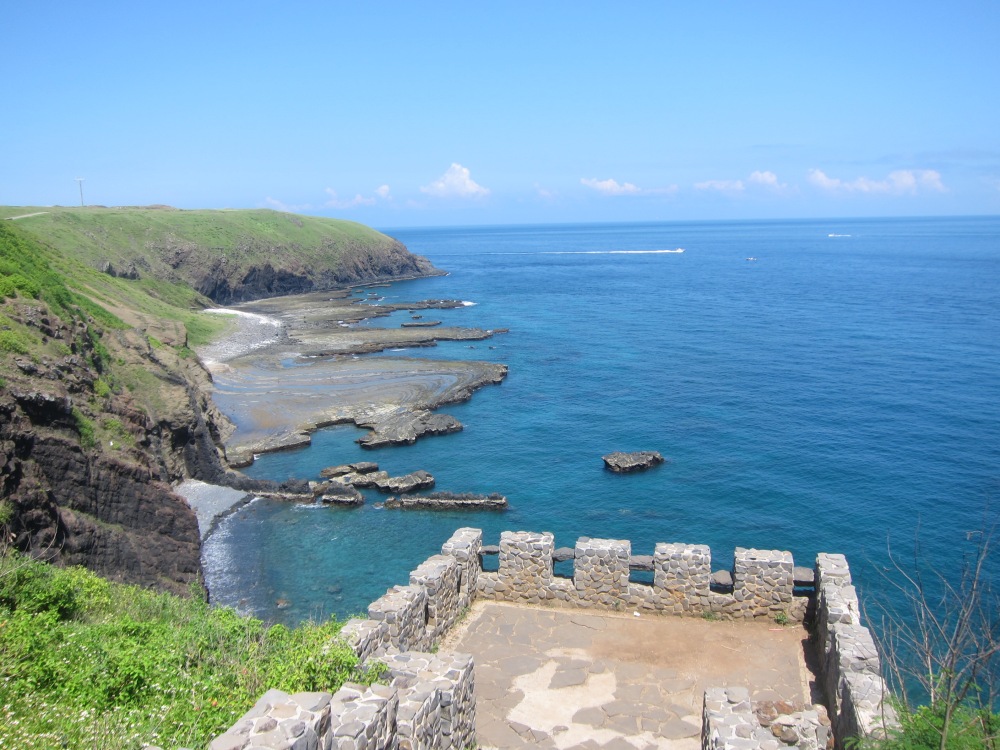 Penghu is known for its variety of fresh seafood including squid, sea urchin (though getting rarer on menus as it gets listed in the endangered species list for Taiwan), various fish and shellfish. It is also famous for a black sugar cake 黑糖糕 （the best is from a shop called ChunRen 春仁）but this must be ordered in advance and picked up on the day of departure as it can only be kept for 2-3 days and 1 week in the fridge; variety of Cactus products and foods, and scallop XO Spicy sauce. The other thing that surprised me was the breakfast selection, breakfast street was the place to be in the mornings with most of Penghu’s most famous restaurants and eats right there. A small note of sea urchins, make sure the restaurant or stall catches them themselves or buys from a trusted vendor and that its the large kinds, its illegal to catch small/ baby sea urchins. Sea Urchins may no longer be served starting next year as the local species have become endangered due to overfishing.

We searched the Taiwanese blogosphere for the best foods in Penghu and tried most of them, and indeed we werent disappointed, please find restaurant names and food adventures via the photos below (I’ve included the English and Chinese names of the restaurant and dishes): 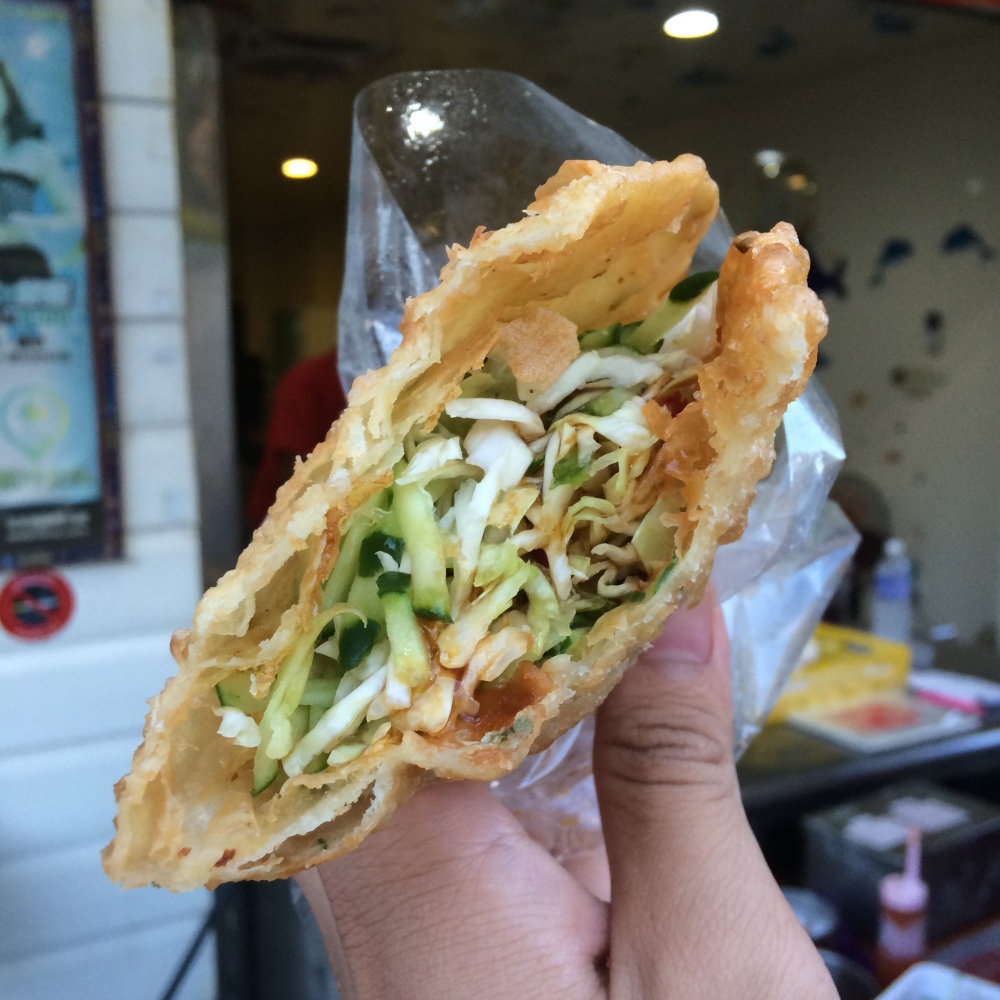 The most high-end hotel available might be the Four Points by Sheraton in Magong, but most people who travel to Penghu opt to stay in one of the hundreds of bed and breakfasts or Air BnB style accommodations scattered across all of the islands. The place I stayed in was ok, nothing to complain or rave about, especially at the price we paid (our entire trip including our meals and flights and transportation came down to around NTD$11000).